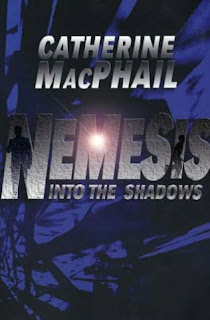 When I was asked to write a crime thriller series, I decided on a boy hero, mainly because when I write my books if I have written with a girl as the main character in one book, in the next I try to have a boy. I had just finished Roxy’s Baby. I needed a hero. Should he be a boy detective helping his policeman father to solve crimes? Boring. Could he be part of a teenage detective agency? Even more boring. I wanted him to be able to follow people, go from place to place, but how could an ordinary boy do that. I didn’t want him to have any special powers or gadgets to help him. I wanted him to be just a boy. Then I thought, what if he is a runaway? A runaway can go anywhere he pleases. And of course, hot on the heels of that thought...why is he on the run?

I hadn’t a clue, and because I’m too lazy to think things through I decided he wouldn’t have a clue either. He was going to wake up at the beginning of the first book, not know who he was, or how he got there. All he knows is that someone is after him, someone he calls the Dark Man, and he has to stay out of his clutches.

Then in each book he could solve a mystery, and in each book he gets a little bit of his memory back, until in the final book he remembers everything. And maybe wishes he hadn’t.

Good. Now I had my hero, and the idea for the story.

All I needed was a plot for each book. A mystery for him to solve. I think sometimes your brain is like a magnet. Things slam into it just when you need them. I needed a mystery? I found one.

There was a body found in a lift in one of the tower blocks in my home town. A resident pressed for the lift, the lift came and there was a man lying inside in a pool of blood. He’d been stabbed, and I thought right away, what if my hero wakes up in the stairwell in that tower block, and he finds that body...and then he gets the blame for the murder. I thought that would be a great way to begin a thriller, and I used it. We writers really do have a sliver of ice instead of a heart. We use everything!

I love putting things in my books that readers might not pick up the first time, but when they go back they realise the clue was there all the time. It’s called foreshadowing. I love it.

So here are a few things you might have missed if you’ve read my Nemesis series.

For instance, the clue to the whole mystery is there for all to read in the first Nemesis book, Into The Shadows. Even my editor missed that when she first read it.

When my young hero is asked his name he calls himself Ram, doesn’t know why, but it is another clue to the mystery.

In The Beast Within the Dark Man calls himself, Mr. McGuffin. The McGuffin was a favourite plot device of the film director, Alfred Hitchcock, something you thought was important but had no bearing on the story at all. The McGuffin didn’t really exist. And of course, neither does Mr. McGuffin.

How many beasts can you find in The Beast Within? Wilkie is called a beast, and Kirsten’s mum drives a Jaguar. There are lots more and it seems to me the beast that roams the Moorshap Mire is the least dangerous of them.

When Ram first stays the night with Uncle William and Aunt Mary there are books by his bedside. One of them, Hansel and Gretel, is another clue to what William and Mary have planned for him.

In Sinister Intent there is a character called Catman. Here in Greenock, there really is a Catman, all the children know of him. He roams the streets, never quite being seen. Probably nothing more sinister than a poor homeless old man, but for my story, he became something quite different.

I was watching a documentary set in Florida, and they were filming in the sewers. The man who worked down there carried a rifle. “ We get alligators down here,” he said. “ You never know when you’ll see them, and when they rush you, you gotta get shooting fast.”

Alligators in the sewers? Too good not to use in Sinister Intent.

The fair came to my home town, Greenock, which is on the River Clyde. I watched this huge Ferris wheel being erected right on the edge of the pier. I took a ride in it and when I got to the top, looking down at the dark water, I was sure it was going to topple over, and I thought...what if it did....? In Ride of Death, the Ferris wheel became a rollercoaster, and topple it did.

The climax in Ride of Death takes place in my own home town. Greenock. There really is an estate nearby just like Hanover House, and there are lots of tankers and other ships for the Dark Man to escape in. And of course, there really was a fair there when I was writing the book.

Cathy MacPhail recently won both the Red Book Award and the Royal Mail Award for her novel GRASS.
Posted by Gillian Philip at 10:10