Thanks for reading our blog. Now we're taking a break for a while! 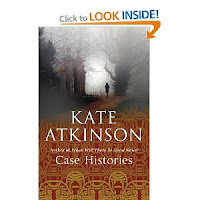 Thank you Kate Atkinson for making crime fiction matter so much.
Posted by Anne Cassidy at 20:07 4 comments:

The Joys of Adermatoglyphia Malcolm Rose

Why do we have fingerprints? Science isn’t sure. Some say they improve grip, but more recent research suggests that the ridges reduce friction. Maybe they are there to improve the sensitivity of our fingertips. One thing’s for sure. They didn’t evolve to reveal our identity to forensic scientists.

So, what’s this about adermatoglyphia? It’s a rare genetic mutation and it’s an attractive medical condition if you’re a criminal. Very handy indeed. I’m tempted to say groovy but that’s entirely inappropriate. People with adermatoglyphia have no fingerprints. Great! That’s the basis of a new crime story, surely. But hang on. So far, only five families worldwide are known to have this gene variation. That makes the premise somewhat implausible. Still, I’ve read many implausible things in crime stories and successfully suspended my disbelief.

I know of two other reasons for a lack of fingerprints. But, sorry, I’m keeping them to myself for the moment. Sooner or later, you’ll read about them in a novel.

Right. That’s fingerprint evidence taken care of. Now, how am I going to avoid leaving my DNA at the scene of my crime?

Why I Love SPIRAL Anne Cassidy

SPIRAL is a French language TV cop drama. So far there have been three series. It was shown on BBC4 and gathered a cult audience. I love SPIRAL. Here are my reasons why:

1. The characters are believable. They have different aspects to their personalities. They can do good things for bad reasons and vice versa. I particularly like Laure, the female detective who has an explosive temper.
2. The plots are layered. There are a number of stories going on at one time, not all of them linked. They look at different aspects of the French law system.
3. The main crimes are violent and nasty and mean that I have to cover my eyes sometimes. I like this. Death and murder is violent and nasty and I want to feel uncomfortable watching it.
4. There is passion and sometimes love in the series. As in life it does not run smoothly.
5. There are parts of the series that are tremendously exciting. The end of series three was a race for time and I was moving around on my seat desperate for things to go right.

What more can you ask from an intelligent TV series?
Posted by Anne Cassidy at 09:02 4 comments:

Email ThisBlogThis!Share to TwitterShare to FacebookShare to Pinterest
Labels: Spiral

Who is the best detective of all time? Elementary. Surely, it’s Sherlock.

Who is the worst dressed cop? Easy. Columbo.

Who is the hairiest? Tricky. Poirot in places or perhaps Miss Marple.

Who is the most methodical, irritating, funny and non-human detective? I know this one. It’s Malc in my own quirky Traces series.

Here’s the most important question, though. Who is the thinnest detective of all time?


The thinnest detective of all time? It’s got to be Skulduggery Pleasant, hasn’t it? After all, he is a skeleton. Not a gram of fat on him. The ultimate size zero – even thinner than most supermodels
Posted by Anne Cassidy at 09:11 1 comment:

When I was a teenager some films had an ‘X’ rating. This meant that under eighteens could not go and see them. They contained explicit sex or violence.

Every teenage girl I knew was desperate to see an ‘X’ rated film and many tried dressing up, wore high heels and loads of make up and tried to pass for 18. I did and once I managed it and saw what I thought of as a very rude film!

When writing crime fiction there is always the question of how explicit to be. Not about sex because I truly believe that less is more when it comes to describing sex in words. No, I mean how explicit should we be when describing violence and death.

Many adult crime writers have gone down the bloody road of explicit violence. Mo Hayder’s books are great but can be stomach turning, likewise many of the serial killer sub genre. This may be OK for adults (or not). When you’re writing for young people it’s a different matter.

How explicit should a young adult novel be?

In the 1990s I wrote a crime book in which I described a girl who had a scar on her face. I said that she’d got this from an attack with a Stanley knife. The editor said this had to come out. It wasn’t the scar that was the problem but the image of a Stanley knife, an everyday tool. This was too plausible. I felt this gave the image an unpleasant reality. The idea of a knife attack can bring about any number of visuals, a penknife to an ornate machete. The term ‘knife’ was too general, too vague, it didn’t touch the reader. A Stanley knife could make the reader wince.

Ten years later I wrote a book which showed football violence STORY OF MY LIFE. The editor was unhappy with the fight scenes because they were too graphic. My argument then was that if one is to show violence then it should be horrible, disgusting. It should make the reader flinch. If we sanitize it, make it palatable, then we lose the shock value about how it can hurt lives.

I’ve been watching some of the 9/11 footage and still cannot get out of my head the image of a fireman guiding people from the building. There is the sound of thumps. One after the other. These sounds were people falling from the towers onto the ground behind where he was. They seemed to fall continuously making the fireman flinch. In ten years I've never forgotten this and I don't think I ever will.

Explicit violence? Maybe sometimes it has to be. 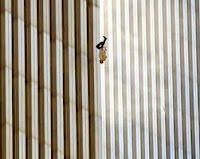 Every detective needs a sidekick. Holmes and Watson; Morse and Lewis; Inspector Wexford and Burden. When I wrote THE EAST END MURDERS in the 1990s the hero, Patsy Kelly had a best friend called Billy. Billy was mechanical and organised; Patsy was emotional and headstrong. They complemented each other and their discussions and arguments informed the reader about the development of the plot.

My new series THE MURDER NOTEBOOKS also has a headstrong and temperamental hero, Rose. At the beginning of the first book she is due to meet up with the ‘stepbrother’ that she hasn’t seen for five years.

Together they are investigating the disappearance of their respective parents who went out for a meal one night and never returned.

Joshua is Rose’s sidekick. He is organised and determined. But because he is emotionally involved and because we live in a technologically sophisticated age he needs a sidekick of his own. Enter Skeggsie. Skeggsie is a computer whiz and after a bit of fiddling round on the laptop he can access CCTV photos, maps, information. He can break codes and find identities via Facial Recognition software. Skeggsie is a buttoned up character who doesn’t show his feelings. He’s happier at a screen than with people. He’s fiercely fond of Joshua and sees Rose as a bit of a nuisance. His skills allow the plot to develop.

Skeggsie is the sidekick’s sidekick. In a movie he would be played by a ‘character’ actor and not get top billing. But without Skeggsie Rose and Joshua would be stumbling along in the dark.

I sometimes wonder if he needs a sidekick of his own.

My favourite sidekick? Lewis. His forbearance and patience and common sense were completely necessary for Morse to work.