The Easy Part: by Bill Kirton 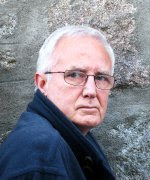 There are as many ways to write crime novels as there are writers.

I’m usually more interested in whydunits than whodunits (although I do try to keep the reader guessing). So I start with the characters, think about their motives and work everything back from there.

But recently, I’ve been asked to write a sort of CSI thing for a local charity at which people get to do experiments, compare DNA, fingerprints, shoeprints, fibres and so on, as well as interview actors pretending to be part of the story.

So what this means is that I have to start with clues, not characters, just as the police do. They know who the dead person is and they find powder on a car seat, fibres in a crack in a shoe, DNA traces on a screwdriver, tool marks where someone has tried to force a door, and that’s it.

I never realised just how different it is for them, because they then have to find everyone who might be involved, eliminate some, then ask the right questions to sort out those who are telling the truth from the liars. And it’s that last part – being clever at interviewing – that makes the difference.

Bill Kirton is a crime writer based in Aberdeen. He has written the fantastic Cairnburgh series of detective novels based in that city. His latest ebook The Sparrow Conundrum has just been published, and a FREE downloadable extract is available at Smashwords - though I hasten to add that parts of it may not be suitable for anyone under 17.