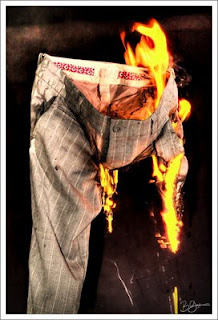 ‘So you tell lies for a living then?’ she arched an eyebrow and offered a half-smile.

“Well...’ I answered and wondered if she was looking down on me, or looking up to me. ‘ You could say that.’

Professional liar, that’s me. I spend hours making stuff up and let me tell you it’s great fun. (Sometimes, when the lies aren’t flowing – not so much).

I looked it up in the dictionary to be sure.

Lie - noun – a false statement made with deliberate intent to deceive. Fair enough. Guilty as charged. As a crime writer I often make such statements, but we call it misdirection. You look there, but I’m really going over here.

On the other hand if I didn’t also include the truth, the lies wouldn’t be quite so convincing. Every character I write about, I write about them in a manner that is true to them. Their actions and reactions are completely true to the person they are.

I work to find the truth of my characters’ emotions. How do they feel and why do they feel it? I hitch on to that and you, the reader (hopefully) take up their cause. Then for the crime writer those other truths are required. Whodunnit and more importantly in my view, why they did it. As a human being myself (I know – hard to believe) I am fascinated by other human beings and what makes them tick and in my humble opinion no genre gets to the heart of this more than crime fiction.

So, hands up. I make up lies and give them a core of honesty. And as all the best fibbers know, the most convincing lies are the ones that stick most closely to the truth. 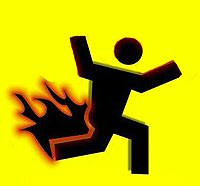 Michael J. Malone is clearly a hot new crime writer in more ways than one. His debut novel BLOOD TEARS will be published by Five Leaves Publishing in spring 2012. He lives in Glasgow, reviews crime fiction for crimesquad.com, and I notice he isn't telling us who 'she' is.