I’ve only ever witnessed a crime once. As I drove through Putney in south-west London I came across a man (white, middle-aged) struggling with two younger black men.  I had no idea what I was seeing. The idea flashed across my mind that they were trying to abduct him. 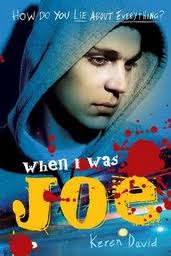 These were the days before mobile phones. I stopped the car, sounded the horn, got out and shouted ‘Get off him!’  In retrospect, this was complete madness. In fact I was somewhat gratified that they immediately fled. Their victim was dizzy and shaking. It turned out that they’d run away  -  not because of my intervention -  but because they’d succeeded in their mission to remove his Rolex watch.
‘Can you stay while I call the police?’ he asked. He had a mobile phone, and the police came quickly. A whole van of them. He and they quickly decided that the culprits probably came from a local estate. He and I got into the van to drive around and see if we could find them.
It didn’t take long before he thought he’d spotted them. A skinny black youth was bundled into the van. ‘Is this one of them?’ the policeman asked. ‘Definitely’ said the victim. I wasn’t so sure. The muggers had seemed big and tall to me, and this was just a boy. His eyes looked scared. I shook my head. ‘I don’t think so.’
A week later I was asked to go to the police station and look at some pictures. I went. I looked. But by then the muggers’ faces had faded from my mind. I couldn’t honestly pick one face from another and say for sure who could be guilty. It made me feel as though I was letting the victim and the police down. Better that though, than accusing an innocent man.
When I wrote When I Was Joe about a boy who witnesses a murder I remembered how difficult it was to feel sure of crucial details. The weight of responsibility on a witness, the problem of translating something shocking seen at speed into cold, hard facts.
The premise of my book is much more extreme than the mugging that I witnessed. Ty sees someone killed, his own life is threatened, he has to take on a new identity under the witness protection programme. But what if the attack I witnessed had involved weapons? What if a knife had slipped, hit an artery? How good a witness would I have been? What might have been the consequences for me?
It’s easy to read crime stories in books and newspapers and see than as things that happen to other people. People who have chaotic lives, people who live in dangerous places. But any of us could be a witness, at any time.
My sister’s colleague phoned one day to tell her boss that she wouldn’t be into work that day – or ever again. ‘My son witnessed a murder,’ she said. ‘We’re being moved for our own protection.’Overnight her old life had disappeared.You see the wrong thing, you do the right thing. And your life is changed forever.
When I was Joe, and the sequel Almost True are published by Frances Lincoln
Posted by Keren David at 00:11