I didn't do it! by Anne Rooney 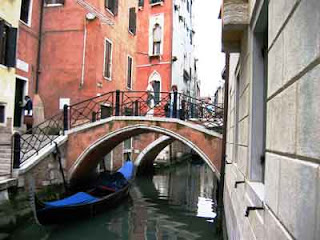 A favourite body-dumping spot of Anne's...

I was driving my daughter to school. She was unusually quiet for a long time, until…

‘Mum – have you killed someone?’

I thought back over people I’ve wanted to kill in the recent past, but their activity on twitter suggests they’re all still alive.

‘On Google Earth, on your computer, it says “Dump body here”. So I wondered…’

Researching a crime story is almost as good as doing a crime. You get all the fun of the plotting but without (usually) actually being accused, tried and punished. Google Earth is great. You can see just where there’s a ditch that will hide a body from the road but that can be seen from the railway line. You can track your police chases, insert a hold-up at a level crossing in just the right place, and find a building to burn down.

Not all research is virtual. When I wanted to dump a body in a Venetian canal for three months, I asked a pathologist at the local hospital about the optimum conditions for a body to remain undecayed (the fat turns to a soapy substance called adipocere), how I’d have to protect the corpse from wildlife, and so on. You

have to be careful how you approach experts, though. Starting with ‘I want to dump a body in a canal…’ doesn’t go down well. As it turned out, the very helpful pathologist was so pleased to have something a little different to do he invited me to an autopsy.

You can get it wrong. One friend told me she’d phoned an embassy and asked if it was possible to drive a car with a bomb in it right up to the front door. That was a bad move.

(The body in the Google Earth debacle was not actually dead, but the kidnap victim in Off The Rails. So I really didn’t kill them at all.) 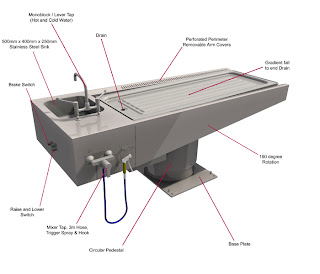 Anne Rooney sounds as if she's protesting too much. She is the author of more than 100 books, both fiction and non-fiction, including Off The Rails and her latest, The Story of Physics. She lives in Cambridge. The daft friend who phoned the Paris embassy about the bomb may be not a million miles from the poster of this blog.

Email ThisBlogThis!Share to TwitterShare to FacebookShare to Pinterest
Labels: Anne Rooney, Off The Rails, Research