It's not funny, sometimes it's criminal - April Fools Day

April
1    It's April Fool's Day today and I must admit I am not a fan of practical jokes. I think I probably stopped finding them funny when I was about 10.

Don't get me wrong I love a good joke, or a laugh, but practical jokers rarely seem to take into account the effect their pranks can have on other people.

To those who are inclined to practical jokes April Fool's Day must appear like a golden opportunity and a good excuse to get away with murder! (Apologies- couldn't help myself that just crept in!)

But BEWARE not everyone is so forgiving and when pranks are ill-conceived the result might be a criminal record. 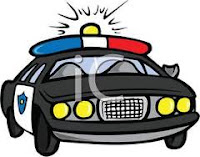 A few years ago after the local McDonalds in a town in Santa Barbara closed for the night, the police got a call saying the premises were being robbed and the staff were being held at gunpoint. The police closed local roads and set up diversions to contain the situation, clearing all radio transmissions etc, until it was discovered that the call had been a prank in the name of April Fool's Day. As you might imagine the police were not amused and the caller was being traced. It was treated as a serious crime.

Do you hate April Fool's Day, or are you a joker yourself?
Tell us your story..