How I Discovered My Voice As A Crime Writer - Anne Cassidy


It invites previously unpublished children's authors to enter an extract of a completed novel and have the chance to be considered by a judging panel of children’s book editors, agents, booksellers and literary scouts.

The selected extracts will go into an anthology that is then circulated around the publishing industry.
The previous two anthologies have led to several impressive deals.

This year's deadline for entrants is 1 June and the anthology will be published in early 2012. There's no submission fee but authors have to be a member of SCBWI to enter.


Hearing about this made me think about my own beginnings as a writer. I began writing when I finished my university degree. My love of reading came from a study of literature and I admired the many great books that I had read. I loved Dickens, Lawrence, Greene and many others. 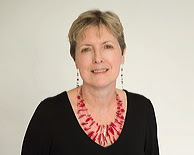 When I started writing I tried to imitate these great writers. I wrote short stories and poems on many serious themes.
At the same time as this I read a lot of Crime Fiction. I loved the pace and mystery of these stories. I loved the fact that they were set in present day and often reflected the sort of life I led.
After sending off a ‘serious’ novel I had written to a publisher I got a personal letter of rejection. The publisher said she liked my writing but felt that the story wasn’t gripping enough. She told me to go into a bookshop and see what was selling. See what people wanted to read.
I went into a bookshop and saw a huge number of crime novels. I was drawn to them because they were the kind of books I loved to read.
At the time I was teaching teenage boys in a secondary school.
I decided to write a crime novel for teenagers with a girl as the main character. She would solve a murder mystery and I would use my own teenage memories as material for her life. That book was published in 1990  -
BIG GIRLS’ SHOES
I found my own writing voice and have written crime fiction ever since. Maybe some of the UNDISCOVERED VOICES in this anthology will do the same. 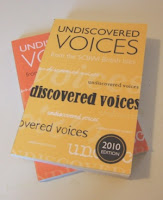