That’s a problem when writing crime stories for them. It suggests authors need to come up with young yet credible sleuths. Having the characters’ parents around is a bit of a pain as well. 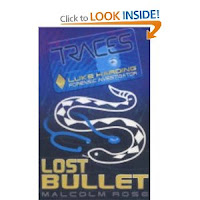 In my quirky crime series, TRACES, set in a parallel version of the UK, families are organized differently. Parents hand over their five-year-olds to the school authorities for upbringing. And schools work differently – they are much more focused on career from an early age. The brightest students graduate into their careers at the age of sixteen. That’s how I can have a believable 16-year-old detective who has lost all contact with his biological family. Two birds, one stone. 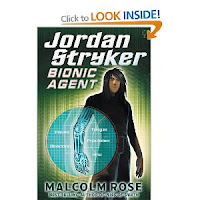 I take a different approach in my JORDAN STRYKER series. In the first chapter, I simply blow up the hero’s family in a massive but realistic explosion in the Thames Estuary. Jordan is the only one to survive and he does so only with serious injuries. He needs modern robotic and medical technology to keep him alive. It’s an underground organization that funds his repair and body enhancements, turning him into a fourteen-year-old bionic agent. With the amazing resources at his disposal, it doesn’t really matter how old he is. There’s no lower age limit when the crime-fighting organization is secret.


But I’ve had enough of careful justification. If/When I write another crime series set in an alternative Britain (and, yes, it’s in the pipeline), I’m going to refuse to explain why my two main detectives are sixteen years old. I will trust the reader to accept that’s just the way it is.
Posted by Linda Strachan at 08:00