Ruth Rendell - No Thanks Nick Green 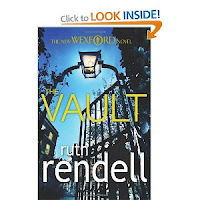 Or so I used to think.

Her name was associated in my mind with whodunits, and the snob in me would have rather been caught reading something more worthy. Besides, I had a problem (still do) with the whole idea of crime fiction: the idea that you need a dead body before any reader will be interested. It’s ghoulish, and it makes me uncomfortable – killing for entertainment.


Then I came off my high horse long enough actually to read one of her books, and I discovered something. Ruth Rendell isn’t interested in dead bodies either. She’s interested in live ones. There’s always a murder, that’s true, but the drama comes not from finding out who did it, but from the sheer excitement of meeting an extraordinary cast of real – often grotesquely real – people. And the result is that you really care about the murder, when it comes, because the person who has died is usually someone you have come to know very well. You also make the uncomfortable discovery that the dividing line between murderers and ordinary people is thinner than you supposed. So thin, in fact, that it can be hard to see at all. After all, even her murderers themselves aren’t murderers, right up until that fraction of a second before they do it.


Now I get annoyed whenever I see Ruth Rendell described as a great crime writer. She’s not. She’s a great writer.

Nick Green’s Cat Kin books are published by Strident. They are available on Amazon. They are supernatural thrillers with a feline theme.