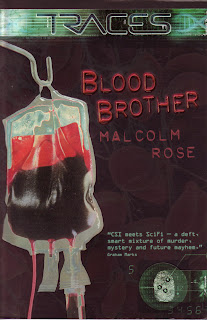 2. Ricin. Obtained from the seeds of castor oil bean, ricin is fatal at levels below the detection limit of forensic tests. One thousandth of a gram is enough to kill a human being. In 1978, the dissident Bulgarian writer, Georgi Markov, was assassinated in London after being jabbed with a poisoned umbrella while waiting at a bus stop. A small metal pellet, with a hole for the poison to leak out, had been injected into his leg. Analysis of tissue samples and the pellet cavity did not reveal the poison but very few chemicals apart from ricin are lethal at such low levels and his symptoms – burning sensation in the mouth, throat and stomach, sickness, diarrhoea, abdominal cramps, convulsions, breathing difficulties, death – matched ricin poisoning. (Ricin can be found in Blood Brother.)

1. Tetrodotoxin or TTX for short. When a poison is called “zombie powder” because of its use in voodoo potions, you know it’s going to be a cracker. TTX is in some species of frogs, newts and sea creatures such as pufferfish. It is one of the most toxic substances in the world, being ten thousand times more lethal to humans than cyanide. It paralyses the muscles, robbing the victim of speech and motion, shuts down the organs one by one, but it never crosses into the brain so the victim remains conscious until death from heart failure or suffocation. For a few hours, the victim is like a zombie: alive and awake yet, to all intents and purposes, lifeless. If you like to dice with death while you dine, try fugu. It’s a delicacy in Japan and it’s pufferfish – with the poisonous parts removed expertly (hopefully) by a licensed chef. On average, the meal causes a hundred accidental deaths each year. (TTX can be found in Roll Call.)